After moving from El Salvador to the states to chase the American dream, Lily was appalled at the lack of integrity, value, and bold flavors available in southern California Hispanic cuisine. A few short years later, the opportunity to share her passion for food occurred in the form of a bakery in Malibu. Lily knew immediately that the bakery was a stepping stone in her journey of serving the authentic Spanish flavors she so deeply longed for. Her dreams were realized in 1999 when the bakery was officially reopened as the Latin restaurant we know and love today, “Lily’s Malibu.”

To date, Lily holds to those same 3 core values that motivated her into the restaurant world. By slicing fresh vegetables daily, only using gourmet seasoning, and stuffing the burritos with far more protein than rice, Lily’s Malibu offers a wholesome and honest sampling of truly Latin inspired cuisine.

Come And Taste The Art Of Lily’s 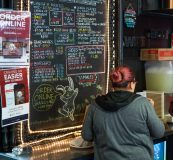 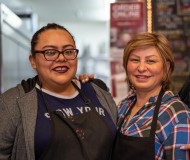 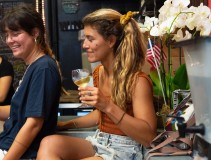 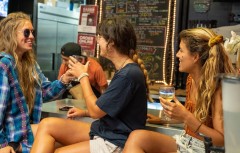